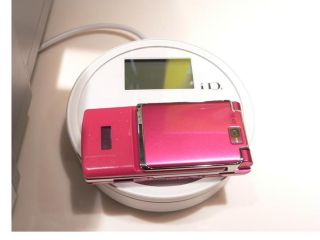 Unlike most of the world, the Japanese are generally quick to embrace new technology that makes life easier, so we have high hopes for a new robot from NEC that replaces boring old shop assistants.

The unnamed prototype combines a touch-sensitive screen in its chest with an RFID reader terminal for gathering data from the e-money phones that are popular in Japan.

Customers wishing to pay for something then simply use the screen to specify the kind of e-money their phone holds, after which they pass the handset near the contactless reader to make the transaction.

NEC says the robot would be perfect for venues that sell tickets, such as fairgrounds or theme parks.

The fact that it has built in a camera and face-recognition software that can determine a user's age suggests it also has an element of customer service in mind.

Pointing adults to the bar and kids to the rollercoaster would then be as easy as ABC - all without the need to pay anyone a salary, of course.