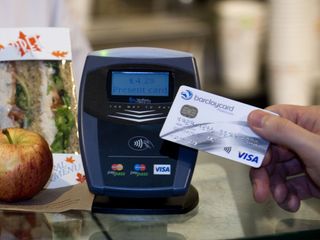 Barclaycard contactless payment - it's the future

While for many, the idea of contactless payment is still as mystifying as the three seashells – watch the vastly underrated Demolition Man, if you are confused by that last sentence – Barclays has rolled out its new payment scheme across all 178 stores of Prêt A Manger.

The coffee retailer joins over 1,000 other companies who have signed up to the scheme, which include Coffee Republic, Krispy Kreme and Books etc.

Barclays contactless payment card originally started in London, where items that were £10 or less could be paid for by simply waving a OnePulse card at a reader (as you would your Oyster Card).

The idea is to speed up transactions and curb queues. So far, the scheme has been very successful, with Barclays set to announce that one million users have started using the relatively new technology.