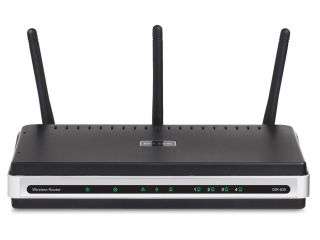 802.11n routers like the D-Link DIR-635 promise a five-fold increase in data transmissions speeds, assuming the standard ever gets finalised

The 802.11n Wi-Fi standard may never be finalised and could be mired in a patent battle that could last for years. This is because a key body that holds many of the patents for the technology in it may want to sue anyone who uses the technology in their products, including makers of routers, laptops and desktop PCs.

The patents in question are held by the Commonwealth Scientific and Industrial Research Organisation (CSIRO). The CSIRO has apparently so far failed to respond to requests for a Letter of Assurance from the IEEE working group on 802.11n. The Letter is essential if work on the 802.11n standard is to contrinue.

The Register has the full story.