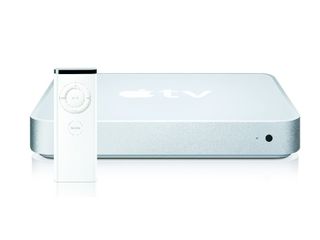 The newly launched Apple TV is a big seller

Unsurprisingly, the newly launched Apple TV is a big seller. But few would have guessed that it was going to outsell the Apple iPod.

The American version of the online Apple Store displays the top selling Apple products at any moment, and today Apple TV has grabbed the top slot in the rankings. It's currently selling more than the Apple iPod and the Apple iPod nano , which are in second and third place respectively.

It's difficult to estimate how many Apple TVs have been sold, as Apple doesn't publish its sales figures. But seeing as the Apple iPod has been selling like hotcakes, the Apple TV must be doing quite well.

At present, four of the top ten sales positions are held by various Apple iPod models - including the special edition iPod nano Red , and the iPod shuffle .