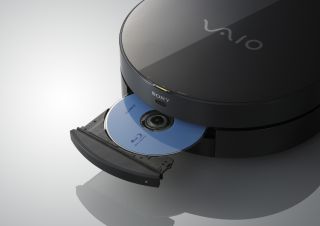 First up is the all-singing all-dancing Vaio AR60 series, which gets an Intel Core 2 Duo T8300 processor along with 4GB of RAM. Capable of displaying a 1080p Full HD picture in its 17-inch screen, the new model also benefits from a 50GB dual layer Blu-ray drive, an integrated DVB-T tuner for Freeview on the go, and an HDMI output.

Weighing just 1.79kg, the new Vaio SZ70 series sports a carbon fibre outer and is designed to be an ultra-portable professional laptop. Packing an Intel Core 2 Duo T9300 processor and 4GB of RAM as standard, the Vaio SZ70 also boasts HSDPA technology allowing it to connect to the internet at speeds of up to 3.6Mbps through 3G mobile telephone networks.

The lightweight, magnesium-housed FZ30 series comes with a T8300 processor and 4GB of RAM. Featuring a dual layer Blu-ray drive, 1080p Full HD compatibility and an HDMI output, could this be Sony’s reply to the MacBook Pro? Given that there aren’t any product images circulating just yet, we’ll have to wait and see.

Slotting in a bit lower down the league, the CR30 is Sony’s latest ‘personality based’ Vaio model. Available with either a T8100 or more powerful T8300 Intel Core 2 Duo, the Vaio FZ30 gets a 1.3megapixel in-built camera for video chat. Using AV Mode, users can also play DVDs or CDs without having to launch Windows first.

Also of interest is the new Sony Vaio TP2 Home Entertainment Centre. Designed to sit in the living room, the T8100-equipped media centre features a Blu-ray combo drive that’ll play HD movies on either a TV or a PC display via the T2’s HDMI output. The unit also functions as a DVB-T digital/analogue tuner and a PVR with a 500GB hard disc.