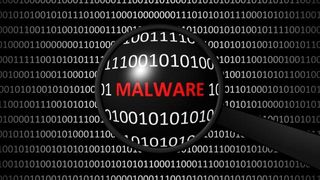 A malware infection can cripple organizations as well as governments which is why the US Navy's Center for High Assurance Computer Systems (CHACS) is currently working on a new mysterious malware detection project.

CHACS is branch of the Information Technology Division at the Naval Research Laboratory (NRL) which conducts research and development in the areas of Information Assurance (IA) and cybersecurity. As the organization's specialist arm, CHACS deals with a range of cyber issues ranging from communications security to software engineering.

The project is being carried out in partnership with both academic and industry partners alongside the Office of Naval Research (ONR).

California-based Mayachitra is one of the industry partners currently working on the MalSee project which aims to use “vision, hearing, and other features to detect malware.

According to an award information post on the Small Business Innovation Research (SBIR) program's website, Mayachitra was awarded the contract to develop the project back in 2015 and was given almost $80k to do so. Further details regarding the project's scope and nature are provided in an abstract, which reads:

“We propose MalSee to leverage recent research performed by principals at Mayachitra to recast the suspect software binaries as images and exploit computer vision techniques to automatically classify malware. This approach offers the following advantages: Robustness to variations, speed and scalability, route for further exploration.”

On its website, Mayachitra explained that MalSee is a new malware detection and classification system that is deployed as a web-accessible service. The company's unique technology allows for robust and fast detection of harmful computer viruses, offering a 1,000x speedup compared to existing methods. MalSee leverages signal processing, pattern recognition and deep learning to detect malware faster than the current methods employed today.

Mayachitra joins the likes of Deep Instinct, Sentinel One, Cylance and other security companies that are using AI, deep learning and other emerging technologies in the fight against cybercrime.