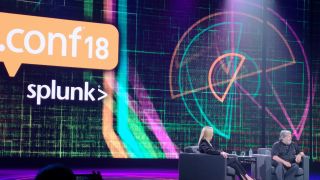 Apple co-founder Steve Wozniak has cast doubt on the potential of AI to topple humanity, saying the technology still has a long way to go in terms of development.

Speaking at the Splunk .conf18 event in Orlando today, the legendary tech figure said he doubts whether AI systems are sufficiently developed to take over from humans just yet.

"What would it take for machines to really take over? Every machine would have to talk to every other machine...It isn't going to happen,” he declared.

"The technology all of us create is always to make things happen better,” he added, “there are a lot of things that are changing in society so drastically, but everything we call artificial intelligence can do...it all helps us humans have a better life, and every one of us appreciates our machines.”

Wozniak played down the fears of figures such as Bill Gates, Elon Musk and Stephen Hawking, all of whom have expressed fears about the possible effects of AI.

"Sometimes what we call AI is just the state of the art of what computers can do right now, he said.

"If you go back in time, machines have always made humans more powerful...that's what technology is about, we're always trying to improve what humans can do, and how much we can get done, so that we'll have enough time to only work four days a week."

One system that did get Wozniak’s praise was Siri, the personal assistant app that was acquired by Apple and is now an iconic part of the iPhone.

Woz recalled the first time he ever used the service, back when it was still a third-party application, and how it changed my life forever”

“It was like we're talking to a friend - it's like a step up, we're getting closer to humanity," he said.

Overall though, it seems that Wozniak is currently unconvinced at how close machines are to replicating the power of a human brain.

"The brain works differently to computers that can do a million things a second,” he said, noting how an AI system can be fed thousands of pictures of dogs to be able to identify one, but could not tell if the dog was there or on a poster - something a one-year-old child could do.

"I was at one company where the engineers did figure out how to build a brain,” he joked, “it takes nine months."