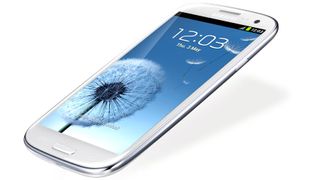 Samsung may have dropped its injunctions just in time

On Tuesday, Samsung withdrew its requests for injunctions against the sale of Apple products in European countries such as Germany, Italy, and the U.K.

In response, the European Union's European Commission issued a statement on Friday, indicating its preliminary findings in its ongoing investigation of Samsung.

The EC claimed in its preliminary findings, Samsung's frequent injunction requests against Apple "amounts to an abuse of a dominant position prohibited by EU antitrust rules."

The statement of objections is a formal step in the Commission's investigation, though it admittedly has no bearing on the outcome of the case.

However, it does inform Samsung of the EC's findings, and allows the company to refute the claims presented in the statement.

Curiously, the timing of the EC's release of the statement paints Samsung's sudden decision to abandon its injunctions in Europe in a different light.

Whether or not Samsung was being honest in its claims of dropping the injunctions "in the interest of protecting consumer choice," or was merely trying to beat the EC to the punch remains to be seen.

Either way, Commission Vice President Joaquin Almunia firmly believes the use of injunctions in cases like this are clear violations of the European Union's antitrust rules.

"Intellectual-property rights are an important cornerstone of the single market," Alumnia said in the statement. "However, such rights should not be misused when they are essential to implement industry standards, which bring huge benefits to businesses and consumers alike."

"When companies have contributed their patents to an industry standard and have made a commitment to license the patents in return for fair remuneration, then the use of injunctions against willing licensees can be anticompetitive."

Samsung will have an opportunity to be heard in defense of the allegations the EC has presented in its statement.

The EC will only begin final deliberation on its findings after such an open hearing has happened, where it will decide whether or not to inflict a fine of up to 10 percent of Samsung's annual worldwide income.

These developments are only the latest in a long list of twists and turns in the ongoing battle between Samsung and Apple over alleged patent infringement.

More concrete decisions are expected to come in 2013, and it will be interesting to see just how the EC rules in this case.

Previously, the U.S. ITC awarded Apple more than $1 billion in damages in its case against Samsung.