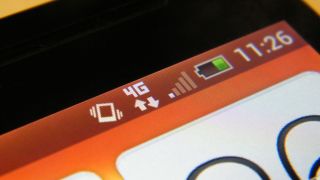 Dean Frohwerk, Olympic Architecture Solution Leader, Avaya, is part of the team responsible for delivering the communications network for the Sochi 2014 Olympic Winter Games. In a series of posts, live from the 'coalface' in Sochi, he will be sharing with us the challenges involved in creating the network.

"Up until the location of the 2014 Games was announced, Sochi was most famous for being a subtropical resort town with beautiful sandy beaches on the Black Sea. That might seem strange for a Winter Games setting but Sochi is also one of Russia's top winter sports destinations, nestling against the western Caucasus mountains. Incredibly, even in summer you can see snow-capped mountains from the beach, while in winter you find palm trees covered in snow.

The 2014 Olympic Winter Games will take place in both these locations. The ice-based, or indoor sports, will primarily be held on the Black Sea in what has been dubbed the 'coastal cluster.' On the other hand the skiing, snow-boarding and luge type events will take place in the nearby Krasnaya Polyana mountain cluster. Creating a seamless network that joins up these different sites has been an interesting challenge for the Avaya team responsible for the Games network.

Unlike previous Winter Olympics, both locations for the 2014 Games – the coastal Olympic village and the cluster of Alpine venues – are completely new constructions, making this project a 'greenfield' environment for the team. The network had to be built from scratch – right down to laying conduit before anyone could even begin installing the 90km of fibre-optic cable around the venues themselves!

Connecting the two very different sites has also presented the team with some unique challenges. While the locations are very different, the network has to provide seamless connectivity and consistent quality of service between them and across all of the sports venues, for the entire Olympic family – something that is critical to the success of the Games.

Whether you are rolling out a branch network for your business or an international, multi-venue sporting event, the two most important things when operating across various sites are: a common architecture and centralised management. At the Games, as part of our common architecture, we have rolled out a 'fabric-enabled' network with a single, robust protocol for all services. This provides an efficient, streamlined environment that makes it easy to add new services to the network, for all venues at once.

The common architecture stretches to the outdoors too: to aid connectivity there will be extensive indoor and outdoor WiFi throughout both the mountain and coastal clusters. Athletes will be able to tweet their immediate reaction to their performance and even post 'selfies' during competition, while officials at the top of ski jumps or on the side of runs will be able to instantly send notifications to colleagues at the finish line. They will have exactly the same network access as athletes and officials at indoor events.

So, while during the Games, athletes, team members, volunteers, media and officials will experience two very different settings, they will not notice any difference in network access, functionality or speed as they move between them.

The centralised management of the network will also play a vital role in the connected experience of the Olympic family. Adds, changes and moves can all be done centrally, ensuring that they do not have un-wanted knock-on effects on network applications and users.

The Games network will be centrally managed from the primary Technical Operations Center (TOC) in the coastal city of Adler. A second TOC has also been built the Olympic Park. While one TOC is in use, the other will be kept in standby mode by a skeleton crew. If the primary TOC goes down in a natural disaster or man-made incident, we can simply switch to the secondary TOC and carry on.

Sochi will be the largest Winter Olympics to date in terms of the number of events, and therefore officials, involved. Ultimately the simplicity of the seamless network approach will help the Games run more efficiently and will create a richer, more enjoyable experience for competitors and their fans following them at home.

Next week I will be looking at the challenges involved in creating a network for today's hyper-connected Olympic family."