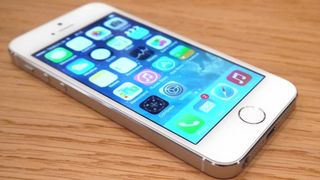 As another year comes to a close, again we've seen mobile impact every aspect of life, as wearables, new apps, mhealth, social platforms, mobile shopping, video adds and more have permeated our lives. Here's how Anna Yong, Jaskaran Sangha and Mikko Disini at Citrix thinks these trends will develop in 2015

Mobile data traffic will continue to grow at a pace of 1.5x for 2015. Wearables traffic will grow exponentially.

Overall tablet and smartphone ownership is rising, though the pace of growth is slowing. However, 4G-enabled device penetration is rising rapidly. Consequently, in 2015 we can expect to see the volume of data traffic continue to rise exponentially.

Connected watches and fitness trackers made a big splash in the consciousness of consumers in 2014 with Apple and even pop mogul Will.i.am announcing new devices. They will continue to grabs the headlines in 2015 and we will even start to see data creeping up as units are shipped to enthusiastic early adopters.

Samsung launched the Gear VR in September 2014 and virtual reality headsets, in general, are becoming more affordable (see the Google Cardboard for £50!) so we're going to see more from VR next year – maybe we're a year or two away from serious data generating VR devices, but they're coming.

The Internet of Things (IoT), which includes phones, tablets, watches, VR headsets, cars, toothbrushes and potentially just about anything and everything else, is a trend whose time has come. The technology exists – we're waiting now for the services revolution that will drive traffic from the 25 billion networked devices expected by 2020.

70% of mobile subscribers will be served ads. The growth period of 'free' social media is apparently over, and it's time to make money via advertising.

Mobile advertising is growing in sophistication. Ads linked to context have been 'about to happen' for a long time, but the emergence of larger smartphone, phablets and tablets in combination with fast networks is helping accelerate advertising.

In 2014, Citrix found that 50% of smartphone subscribers were served ads, and that the relative popularity of video ads increased from 1/20 banner ads to 1/16 banner ads. Next year, we predict that 70% of mobile subscribers will be served ads as every major social media channel announces monetization plans based on advertising.

Video ads on social networks will continue to drive the mobile advertising market and its impact on the mobile network.

Now that we are almost in 2015, just about every single social media vendor seems to have advertising, with Snapchat's launch of video ads on Oct 17, 2014 as being one of the last entries into the money making machine of advertising.

With 2015 we will see mobile ads permeate every mobile social media communications channel – whichever one you may choose – Facebook, Twitter, Instagram, SnapChat, Google+, Weibo, FourSquare just to name a few.

Mobile video will continue to make up the lion's share of data traffic over cellular networks. Video traffic will be 55% of mobile traffic in 2015. (In Sept 2014 Citrix Mobile Analytics Report stated it was at 52%).

Mobile video data will grow significantly in Latin America, shifting from 40% video traffic to 45% in 2015. Furthermore, we anticipate that in 2016 LATAM will see major spikes in video traffic around the Olympic Games.

With faster networks and greater 4G device penetration the volume of mobile video consumed is going to rise via short-form channels such as YouTube and also longer form services from the likes of Netflix – though subscriber 'bill shock' fear could continue to force mobile users off cellular and onto Wi-Fi for longer video.