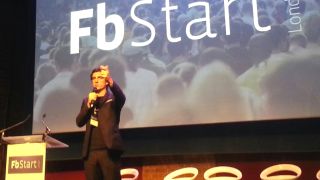 Top Facebook executives have dished out free advice to start-ups on how to build, grow and promote their mobile and web apps by tapping in to Facebook's vast quantities of users and data.

Yesterday's seminars at fbSTART London ran for five hours and were delivered by some of the company's leading employees, including original news feed creator Andrew 'Boz' Bosworth.

They centred on ways that start-ups can use Facebook Platform, the company's framework for third-party app developers, to take advantage of emerging opportunities presented by the social networking giant's growing mobile user base.

According to Facebook, the service now has 24 million daily active users in the UK, with 20 million of those accessing the service on a smartphones or tablet. It says that users access its service an average of 14 times per day on a mobile device.

Eric Edge, Head of Marketing Communications EMEA at Facebook, said: "Facebook is at the centre of the shift to mobile, a claim we couldn't have made 12, eight or even seven months ago.

"Today we can because we know that one out of every four minutes on a mobile is spent with Facebook or Instagram.

"Facebook is about giving people the ability to access information, people and things that they care about in a way that's convenient to them, and that happens to be mobile."

Facebook Platform provides start-ups with tools designed to help extend the reach of their social apps and content, which in turn provides them with more data to target potential customers and run customised marketing campaigns.

The day's speakers frequently referenced Parse, Facebook's cloud-based platform that it claims removes the pain of managing servers by allowing developers to store their data, users and notifications in the cloud.

Julian Codorniou, Director of Facebook Platform EMEA, told TRPro that start-ups should use such tools to drive organic growth (people sharing content) and paid growth (such as advertisements) to get their apps and content displayed on more users' news feeds.

He said: "Distribution is the most important thing as when a user is engaging with your application, they'll bring their friends to the app too, which is how the gaming companies operate.

"Start-ups should also consider making mobile app install ads and look at what their competitors are doing when asking the question of how they can get their content on news feed."

Zaggora founder and CEO Malcolm Bell told TRPro that his sports clothing company has evolved along with Facebook Platform.

He said: "While it was all about organic communication and getting people excited about fitness products in the early days, now we find that we can drive a very strong direct response message and an insane amount of traffic at a massive scale from Facebook.

"That's down to it giving us the opportunity to advertise in 50 different countries on a daily basis and reach people that frankly we would never have been able to reach otherwise."

He added: "We love to try new features, whether that's the format of a post on newsfeed, the new link ads that they have, or targeting capabilities such as partner categories or forming audiences from existing customers."