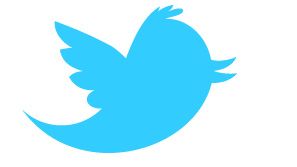 Twitter has removed a host of anti-Semitic tweets, following the emergence of an unsavoury trending hashtag in France.

The social network has deleted a flood of offensive tweets posted with the #unbonjuif (#agoodjew) hashtag, following protests from the Union of Jewish Students of France (UEJF).

The group provided Twitter with a list of posts they wanted taken down, many evoking images of the Holocaust, and are believed to have threatened legal action had the social network failed to comply.

UEJF, which says it has scored an "important victory", is still pressing Twitter to release the identities of the offending posters so they can be dealt with by the authorities.

Twitter has, in the past, resisted calls for it to police the postings of its users, saying it does not wish to impede freedom of expression.

However, the company has come under pressure in Europe to ensure its user-base does not contravene the stringent anti-discrimination laws across the EU.

On Thursday last week, the social network used its 'Country Withheld Content' functionality for the first time, to prevent the postings of a German Neo-Nazi group being viewed in that nation.

The feature does not stop the postings being viewed in other countries.