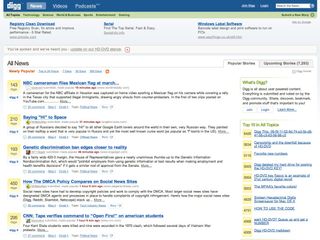 The hugely popular aggregation site has taken the decision to drop 'Shout' which many users felt was being used either to propagate spam or tighten the grip of the so-called power users on the site's front page.

The function essentially allowed people to push their own submission (or the ones that they favoured) to a network of friends – obviously opening the door to abuse.

Of course, some are already suggesting that Digg is merely moving the same issues that beset 'shouts' onto another forum, but only time will tell.

The changes are scheduled to arrive this week.