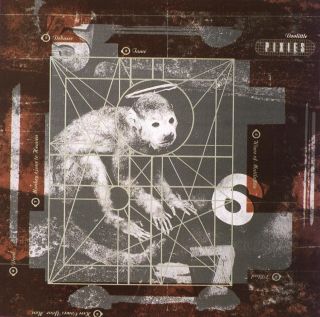 The Pixies's seminal late 1980's album, Doolittle - soon to be made into an expensive videogame

MTV and Electronic Arts have confirmed that full albums compatible with the ‘band in a box’ game Rock Band will be released, kicking off with classics from Judas Priest, The Cars and The Pixies.

Judas Priest's "Screaming for Vengeance" will set US gamers back $15, or each tune can be downloaded separately at $2 a pop.

MTV has sold over 8 million Rock Band songs so far.

"Our intention is to cover every base, both in terms of era and every sub-genre of rock," said Alex Rigopulos, founder of the game’s developer, Harmonix.

The Cars' eponymously-titled debut album will follow next month and The Pixies seminal Doolittle will follow in June.

TechRadar still believes the £180 price tag on Rock Band in the UK is overly excessive. Although we’ll still be begrudgingly handing over our hard-earned moolah when the game releases in the UK on May 23rd on Xbox 360 and later in the summer on PlayStation 3 and Wii.