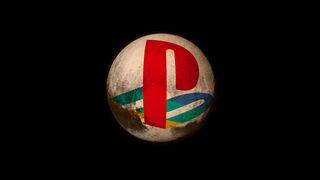 Mankind looked on in awe this week as NASA's New Horizons space probe finally reached Pluto after a nine-year journey to the outer reaches of our solar system.

It's an astonishing accomplishment on its own, but it becomes even more impressive thanks to the realisation that the New Horizons probe was powered by the same CPU as the original PlayStation.

That's right – the same processor that powered such titles as Crash Team Racing and PaRappa the Rapper took the space probe to Pluto, and is being used to send back glorious images of the planet's surface, as well as its moons.

According to The Verge, NASA used the PlayStation's MIPS R3000 CPU because it finds reliable hardware that has been "tried-and-tested" preferable to newer, more unpredictable technology.

The CPU has helped the probe travel over 4.8 billion kilometres (3 billion miles) and is being used to "fire thrusters, monitor sensors, and transmit data."