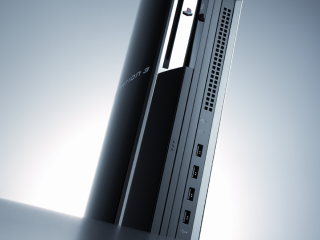 The Sony PlayStation 3 could make a serious comeback in the console market with new games, new updates and new prices

The Sony PlayStation 3 could be in for a major sales boost towards the end of the year. Sony says it's going to launch "at least" 380 new PS3 games, which could seriously boost sales of the console itself.

The PS3 currently lags in fourth place in the console wars, behind the Nintendo Wii, the Microsoft Xbox 360 and even Sony's own archaic PlayStation 2.

The Sony console has been blighted by a stiflingly high retail price and also a major drought in quality games. However, with 380 new games set for release, and the promise of a price cut on the way, the PS3 could yet become a major gaming force by the year's end.

"Attractive game software is the key to accelerate PS3 growth over the next year," Sony boss Howard Stringer said on Thursday.

Sony technicians also said this week that they will be issuing firmware updates in the future. These will boost the AV power of the console - again another factor which could enhance its appeal.

Sony's game division posted an operating loss of 232 billion yen (£900m) in the last financial year, a figure it wants to reduce to around £170m by the end of the current financial year.