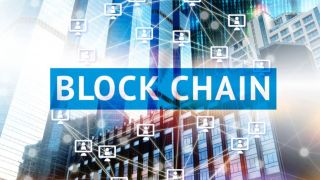 A year after banning all blockchain-related ads, Facebook has decided to relax its rules and allow ads for “blockchain technology, industry news, education or events related to cryptocurrency” without the need for pre-approval by the social networking giant.

The social media site still won't allow users to advertise for ICOs and ads for cryptocurrencies and exchanges will still need prior approval but the move could lead to renewed interest in blockchain technology.

Following last year's cyrptocurrency boom and eventual decline, the industry has struggled to regain the public attention it once had with blockchain events being hit especially hard as Facebook's local and interest targeting capabilities made the social network an ideal place to sell tickets to potential attendees.

Facebook's decision to ban ads about blockchain came out of an interest to protect its users from Initial Coin Offerings and other cryptocurrency deals at the height of the boom.

Users began to see ads for blockchain education this week and other related ads will soon make their way into their news feeds soon.

While Facebook has relaxed its policies on blockchain ads, it will soon ban ads for contracts for difference (CFDs) beginning on June 5th as they are often associated with predatory behavior.

News of the social media giant's own blockchain efforts surfaced this week with a report from Bloomberg that revealed that its own blockchain group now has over 50 employees, many of which joined the company from PayPal.

Apparently  the group is developing a stablecoin which will be pegged to a bundle of currencies Facebook is attempting to raise from outside investors with the aim of keeping the price of its cryptocurrency stable.

Greater interest in blockchain could be beneficial to society as a whole as both large and small businesses are looking for new ways to utilize the technology for payments, real estate transactions and more.