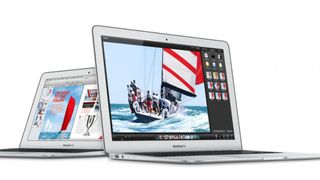 Check out these great add-ons to improve your Mac

Apple has always had a very definite idea about how you should go about doing things. Typically, its operating systems have been stripped back, lacking the slew of options and configuration settings power users tend to like.

From a stability and usability standpoint, this can be a good thing, but OS X can sometimes also feel restrictive.

Fortunately, Mac developers are always on the case, providing add-ons and system utilities that boost productivity. Here are our ten favourites.

Perhaps fittingly, it's Windows that has usually taken the lead when it comes to window management. Comparatively, the Mac's been weak in this area. Install Moom, though, and you get a huge range of options, including: mouse-oriented resizing akin to Aero Snap; keyboard shortcuts for triggering window set-ups; and the ability to 'draw' the area a window should snap to, on hovering the cursor over the green zoom button.

With OS X Mavericks, Apple is introducing iCloud Keychain, a secure system for storing browser passwords. It remains to be seen how well it works, but we'll happily recommend the somewhat similar 1Password. We say 'somewhat similar', because 1Password matches iCloud Keychain in storing passwords and accounts, but goes further, enabling the storage of notes and software licenses. It also supports more platforms and browsers than iCloud Keychain, including Windows, Android, Chrome and Firefox.

One might argue that monitoring tools are the preserve of the more techie user, and iStat Menus certainly provides plenty of scope for such people. From the menu bar, you can access detailed readouts of CPU, disk, memory and network usage. However, even if you're a more casual Mac user, the app's recommended, for its battery monitor and the system's best menu-bar clock/calendar/world clock combo.

Although Apple's busy attempting to kill off the traditional file system with iCloud, the reality is it'll be some time before Open and Save dialogs are a distant memory. Default Folder X seriously powers both of these up, providing directory navigation, access to open Finder windows, a list of recent folders, and more. A menu-bar extra also provides fast access to your files, lessening the need to resort to Finder.

Spotlight is one of OS X's biggest disappointments. The concept's great — the ability to rapidly find anything on your Mac via search — but it's slow and too often reorders the results list about a millisecond before you select something. Alfred is essentially Spotlight Pro. You get far more control over everything, from the file catalogue through to how the search field looks. Unlike Spotlight, Alfred's also extensible and enables folder navigation.

Hazel's the perfect add-on for anyone willing to put in a small amount of effort to save a lot of time later on. It's essentially an automation tool, dealing with files in folders it's tasked with watching, based on user-defined rules. For example, you can tell it to watch the Downloads folder and send PDFs to /Documents, music to iTunes and images to /Pictures, along with labelling anything very old in red. Scripting and Automator integration provide almost limitless scope for more complex rules.

Select a ZIP archive and hit Space. Finder will 'helpfully' tell you its size and entirely ignore what's inside it. Install BetterZip Quick Look Generator and you'll instead be able to peek inside any ZIP archive, even expanding and collapsing the folders within. It's one of the simplest add-ons here, but if you work with a lot of archives, it's a huge-time-saver.

Media keys on Apple keyboards are useful, providing fast access to media playback controls, Launchpad, Mission Control and brightness settings. However, Apple hardwires controls to keyboards, meaning if you've an old Mac running a new OS, you're likely lumbered with a pointless Dashboard key. System Preferences enables you to turn all these functions off, but FunctionFlip is far more useful, because you can 'flip' individual keys. This means with an old Mac, you can, for example, leave the media keys on, 'flip' just F4 and then bind that key to Launchpad in the Keyboard System Preferences pane.

If your screensaver or sleep mode kicks in after a short amount of time, this can be an inconvenience when you're doing something on your Mac that doesn't require interaction, such as reading. Caffeine simply keeps your Mac awake when it's active, a status denoted rather sweetly by a steaming coffee cup in the menu bar. Command-click and you also get access to a number of timer options other than 'indefinite'.

Apple's iOS devices merrily print to any printer that's AirPrint compatible. These days, that's quite a few, but many people still have older printers they don't want rid of. Printopia acts as a bridge between shiny new iOS devices and veteran printer kit, and it also provides options to print jobs directly to your Mac. The $19.95 price-tag means it isn't the cheapest Mac add-on, but it's a lot more affordable than a new printer!