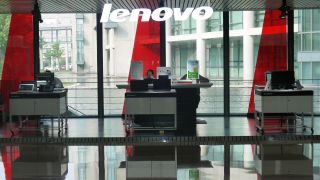 Lenovo has lifted the lid on a powerful and affordable (Lenovo's words, not ours) entry-level single-processor 1U rack server that's being aimed at 'small and midsized' businesses (SMBs).

The Beijing-based company's new ThinkServer RS140 is available with a range of Intel chips - from Core i3 to Pentium and Celeron variants. It supports up to 32GB of RAM and comes with a meaty 8TB of storage.

Also supported is Intel's entire line of Xeon E3-1200 v3 processors that support integrated graphics processing. This makes it suitable for data centre environments that stream media, games and other graphically-intensive content, according to Lenovo.

Additionally, the RS140 comes with one full-height, half-length x8 Gen 3 PCIe slot for optional RAID protection or network expansion. Measuring 16.2 inches deep, Lenovo is pitching it as a server suitable for squeezing into contained space environments including wiring closets and two-post racks.

Lenovo has recently been trying to close an ongoing deal with IBM that will see it purchase the company's low-end x86 server unit, a move that would see the company become the third-largest server vendor in the world (behind Dell and HP).

You can't fault the company's ambition: it's already well into its quest to become the "king of the smartphone", and we wouldn't bet against it making strides in the data center space too.