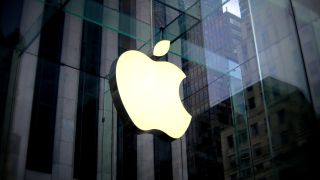 Apple reportedly canceled its plans to fully encrypt backups of users' iPhones in iCloud following complaints from the FBI that the move would harm investigations.

The iPhone maker's reversal, which occurred around two years ago, has not been reported before but now several sources familiar with the matter have spoken with Reuters regarding the company's previous encryption plans.

According to several current and former FBI officials and Apple employees, the company informed the FBI more than two years ago of its plans to offer users end-to-end encryption when storing their phone data on iCloud. Under the plan, Apple would no longer have access to the keys used to unlock encrypted data and because of this the company would not be able to turn materials over to law enforcement even under court order.

However, in private talks with Apple soon after, representatives from the FBI's operational technology division objected to the plan arguing that it would prevent them from gaining evidence against suspects.

When Apple privately spoke to the FBI concerning its work on phone security the following year, its end-to-end encryption plan had been dropped according to Reuters' sources, though the news outlet was unable to determine exactly why the plan was shelved.

One of the sources said that the company did not want to risk being attacked by public officials for protecting criminals, sued for making data inaccessible to government agencies or used as an excuse for creating new legislation against encryption.

While Apple is often reluctant to unlock iPhones for criminal investigations, as was the case with the San Bernardino shooting back in 2016, its iCloud cloud storage service can be secretly searched. According to the company's most recent semiannual transparency report on requests for data, US authorities requested and received full device backups or other content from users' iCloud accounts in 1,568 cases. Apple also said that it had turned over at least some data for 90 percent of the requests it received.

Although iCloud is not protected with end-to-end encryption, the company has shifted its focus to protecting sensitive user information such as saved passwords and health data.