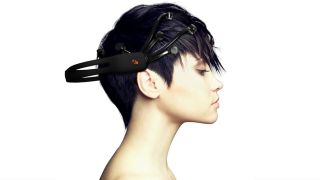 The Nexus of Forces will one day include brain-computer interfaces (Image: Emotive Systems)

We need to embrace the Nexus of Forces. Yes, that sounds ridiculous, and yet analyst firm Gartner's concept from last year is still highly relevant – and being ignored or badly handled by many businesses.

Many are getting a SMAC. Social, mobile, analytics and cloud – the four most important technologies – are disrupting traditional business practices, and driving innovation. This is the technology platform, the so-called Third Platform, of the future, and the consequences of it are only just being understood.

"In the Nexus of Forces, information is the context for delivering enhanced social and mobile experiences," says Chris Howard, managing vice president at Gartner. "Mobile devices are a platform for effective social networking and new ways of work. Social links people to their work and each other in new and unexpected ways. Cloud enables delivery of information and functionality to users and systems. These forces of the Nexus are intertwined to create a user-driven ecosystem of modern computing."

What is the Nexus of Forces?

"The Nexus of Forces is the concept of social media engagement, mobile platforms and analytics derived from the explosion of data, underpinned by cloud to enable rapid, flexible delivery," says Cliff Evans, Chief Digital Officer at Capgemini, who helps companies transform their business processes.

Anyone doubting that there's been a change should just look at the tech they carry around. A few years ago, we had laptops, projectors and other cool new tech at work. Sometimes we brought them home.

Now the opposite is true; we've all got far more advanced computers in our pockets than on our office desktops, each of them using the public cloud – unlike at work – and each packed with myriad apps and sensors. Not only has IT become consumerised, but we've also become more tech-savvy.

How does the Nexus of Forces affect business?

It's largely about more sophisticated ways of reaching customers via digital marketing, with Gartner recently highlighting the must-have tech that will join the trends of social, mobile, analytics and cloud in an ever-expanding Nexus of Forces. "As enterprises continue the journey to becoming digital businesses, identifying and employing the right technologies at the right time will be critical," says Betsy Burton, vice president and distinguished analyst at Gartner.

Gesture control, hybrid cloud computing, the Internet of Things (IoT), machine learning, people-literate technology, and speech-to-speech translation are all identified as technologies in the 'hype cycle' that will play a big role.

"We are seeing new forces – IoT, AI, and cryptography such as Bitcoin and Blockchain – creating new imperatives for change, further breaking down the barriers of the organisations," says Evans, though he points out that some of the most radical changes are happening in less well developed countries. With no legacy equipment, systems and mind-sets to contend with, a business can go straight to new models of delivery and become an instant digital business.

How are businesses adapting?

While citizens have lapped up the Nexus of Forces, business hasn't been so adaptable – and it's mainly down to people's old fashioned mind-sets. Evans is not convinced that any business has yet been able to truly integrate the tech trends of social, mobile, analytics and cloud to create anything really compelling for customers.

"Most often we see organisations with one part of the business doing social media engagement, another building mobile platforms, and a separate insights and data team, with the IT function worrying about where to use cloud to save costs," he says.

A cultural shift is needed to herald any kind of meaningful, long-term changes to how business is done. "This cultural change would require a change in the way technology is used, and the most frequent manifestation of the change is the business starting to buy technology directly from service providers to gain rapid access and speedy delivery." This is the move to SaaS (Software as a Service).

Current page: Introduction and the effects on businesses