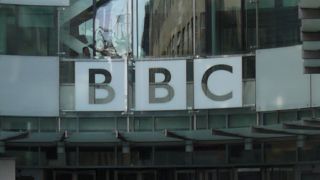 The BBC has confirmed that its former Chief Technology Officer John Linwood was sacked for failing to deliver the £100m Digital Media Initiative (DMI). Linwood was suspended in May after the DMI was scrapped. His contract was terminated in July without a pay-off following a review.

The DMI was set up in 2008 and was intended to create an internal digital archive of content that staff could easily access, use and share during the TV and radio production process.

The project was eventually scrapped in May last year. It had originally been contracted to Siemens, but the company failed to deliver, after which was brought back in-house.

When the scheme was scrapped in May, BBC Director General Tony Hall said that it had, "wasted a huge amount of tax payers' money".

"I have serious concerns about how we managed this project," said Hall. "Ambitious technology projects like this always carry a risk of failure. It does not mean we should not attempt them but we have a responsibility to keep them under much greater control than we did here."

A report published in December indicated that the BBC should have realised the scheme was going to fail two years before it was ultimately abandoned. The report cited a failure of governance and management oversight as being to blame for the failure of the project.

A Commons committee will hear evidence about the DMI next month from former BBC Director General Mark Thompson.