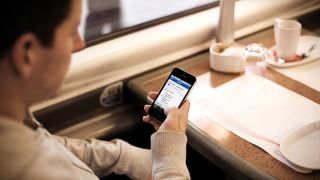 While transport systems and service providers are facing unprecedented speed in the rate of change, they also have the opportunity to exploit the ability to reach a transport user that has never been so connected and information enabled.

Smartphones, for example, not only create the opportunity to provide services to users, but they are also sensors in their own right and hence rich sources of data. New devices throw off reams of data that can significantly aid the provision of real time transport services. For instance:

These rich sources of data can enable transport service providers to track location, speed of travel and sentiment of the user - vital building blocks for the delivery of a personalised and enhanced transport experience.

These new sensor capabilities of smartphones, and in the near future, companion devices such as biometric wrist-bands, create the potential to measure physiological response of massive volumes of travellers to a particular given event, again enabling transport service providers to react and respond in real time with the right information and services to improve the passenger experience and drive the right behaviour to optimise traffic system capacity usage.

'Happy trains' and the power of real time sentiment data

Social sentiment analysis is a powerful tool for transport service providers. Use of social networks such as Facebook and Twitter on mass transit systems creates real time sensors of passenger satisfaction.

This powerful new source of sentiment data is exactly what's being harnessed by First Group thanks to a solution delivered by Atos.

Atos is using its social listening platform to map sentiment against a single view of all train company assets, both fixed and moving, to constantly monitor, benchmark and act on customer sentiment, as well as enabling First Group to deliver a level of customer care impossible before the era of the pervasive smartphone.

For transport service providers, there is an intrinsic relationship between the growing use of smartphone devices in their networks and the ability of big data technologies to ingest, store and process the massive amounts of information thrown off by these devices.

Mass transit systems have relied on analytics for decades to manage the movement of assets through real time and predictive analytics. Now that each user is armed with a connected device, they have new rich sources of data to enable incrementally more efficient management of these assets as well as better passenger flow.

New screens are both the source of big data for transport as well as the consumption platform for the resulting passenger-facing services.

Of course this also creates a 'frenemy' relationship with the web

Transport providers should work collaboratively with players such as Google and Twitter to use their services to enhance the experience of their users.

Smartphones are also driving opportunities for a revolution in ticketing. The ability to combine the selection, purchase and authentication process onto a single device removes complexity in the customer experience, speeds up the customer journey through saved time at kiosk, and reduces the cost and real estate footprint for dedicated ticketing kiosks.

NFC creates the opportunity for transport service providers to enable passengers to make payments direct from their handsets on the go, without the need for kiosks or paper ticketing. The same device can also authorise them for travel by swiping against a gate or a conductor's ticket verification system which itself can just be an NFC enabled smartphone.

As the installed base of NFC capable devices grows, as well as screen based barcode solutions to accommodate users with non-NFC equipped devices, transport service providers are implementing smartphone based paperless ticketing around the world.

Just some of the transport networks deploying smartphone based systems for paperless ticketing today are the New York Metropolitan Transit Authority, the Massachusetts Bay Transportation Authority and London Underground.