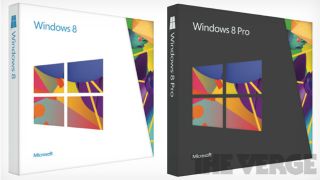 Microsoft has claimed that upgrades to its new Windows 8 operating system are outpacing those achieved by Windows 7 in its first month on sale.

Amid reports of slow adoption and a lukewarm response from consumers, Microsoft claimed Tuesday that 40 million Windows 8 licenses have now been sold since the OS went on sale on Oct. 26.

"The journey is just beginning, but I am pleased to announce today that we have sold 40 million Windows 8 licenses so far," she said.

In a post on the official Windows 8 blog, Microsoft's communications manager Brandon LeBlanc said early adoptions have been assisted by the easy upgrade process and Windows 8's compatibility with existing Windows 7 PCs.

"Windows 8 is outpacing Windows 7 in terms of upgrades," he wrote. "We built Windows 8 to work great on existing Windows 7 PCs. And we also set out to make upgrading from Windows 7 to Windows 8 super easy."

The two pieces of positive news to emerge from Microsoft's Redmond base gives the company an opportunity to put a much-needed positive spin on the Windows 8 launch.

Despite widespread critical acclaim for its new approach, recent reports have suggested than less than one per cent of all PCs are currently running Windows 8.