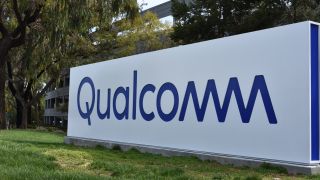 Qualcomm will appeal a €242 million fine handed out by the European Commission (EC) for the abuse of its dominant position in the 3G baseband chip market between 2009 and 2011.

A ten-year investigation concluded Qualcomm had sold chips below cost to Huawei and ZTE over a two-year period in order to squeeze then-rival Icera out of the market.

Investigators deemed that Qualcomm’s 60 per cent share of the market – nearly three times that of its nearest rival – amounted to a dominant position. Although this is not illegal under EU law, the abuse of this position is.

The EC said that Qualcomm’s behaviour occurred at a time when Icera was becoming a genuine competitor and was designed to minimise the threat. In 2011, Icera was bought by Nvidia who wound down the baseband chipset unit in 2015.

The fine represents 1.27 per cent of Qualcomm’s revenue in 2018 and reflects the severity of the infringement. Indeed, because of the high barriers to entry in this particular market, the EC ruled that competition had been severely impacted.

“Qualcomm sold these products at a price below cost to key customers with the intention of eliminating a competitor,” declared EU commissioner Margrethe Vestager. “Qualcomm's strategic behaviour prevented competition and innovation in this market, and limited the choice available to consumers in a sector with a huge demand and potential for innovative technologies.”

Qualcomm has rejected the findings, arguing that the Chinese vendors in question chose Qualcomm technology because it was superior to the alternative. It promised to expose the “meritless nature of this decision.”

“This decision is unsupported by the law, economic principles or market facts, and we look forward to a reversal on appeal,” said Don Rosenberg, general counsel of Qualcomm.

“The Commission’s decision is based on a novel theory of alleged below-cost pricing over a very short time period and for a very small volume of chips. There is no precedent for this theory, which is inconsistent with well-developed economic analysis of cost recovery, as well as Commission practice.

“Contrary to the Commission’s findings, Qualcomm's alleged conduct did not cause anticompetitive harm to Icera, the company that filed the complaint. Icera was later acquired by Nvidia for hundreds of millions of dollars and continued to compete in the relevant market for several years after the end of the alleged conduct.