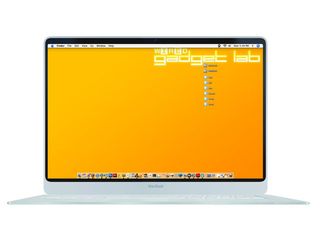 Apple to release an 11.6-inch version of the MacBook Air later in 2010, according to rumours from Taiwan

The latest rumours emerging from Taiwan suggest that Apple may be preparing to finally enter the netbook market, with an 11.6-inch MacBook Air said to be slated for release later in 2010.

Digitimes is, yet again, the source of the latest Apple scuttlebutt, with the site also claiming that Apple's new mini-Macbook Air will make use of Intel's Core i-series ultra-low voltage processors.

Mingchi Kuo, Senior Analyst at Digitimes Research, says that the new Apple Macbook will be manufactured by Quanta Computer, with only around 400,000 units being shipped initially to test the market.

"Kuo, citing discussions with upstream component makers, noted that the 11.6-inch MacBook Air will feature an even slimmer and lighter design than the previous-generation models," reports Digitimes.

"And the technologies used for the design and concept are expected to be broadly used in the company's other product lines to boost their competitiveness."

The analyst also notes that he expects a new iPod touch featuring a 3-megapixel camera, capable of both photo and video recording, out in September, based around Apple's latest A4 processor, also used in the iPhone 4.