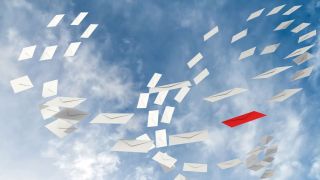 Email-based attacks are having a major impact on businesses according to a new report from Barracuda which highlights the evolving challenges faced by IT security professionals.

The firm asked respondents a series of questions aimed at capturing hard data regarding phishing, insider threats and Office 365 as well as insights related to business impacts, security spending and the cost of data breaches.

While most IT professionals are more confident about their email security systems than they were a year ago, Barracuda's research shows that email attacks continue to have a significant impact on businesses.

Of those surveyed, 74 percent said that email attacks are having a major impact on their businesses with the most common effects cited being loss of employee productivity, downtime and business disruption and damage to IT team's reputations.

Email security is a growing concern for IT professionals and nearly three-quarters of respondents reported experiencing higher stress levels, worrying about email security even while out of the office and being forced to work nights and weekends to address email security issues. Phishing and ransomware remain top concerns for businesses and 43 percent of organizations reported falling victim to a spear-phishing attack during the past 12 months.

Barracuda's report also revealed that 78 percent of organizations believe the cost of email breaches are increasing with 66 percent claiming email attacks had a direct monetary cost on their organization in the past year.

While email-based attacks are a big concern for businesses, there are growing concerns about insider threats and Office 365. Of those surveyed, 79 percent of IT professionals said they are worried about attacks and breaches occurring within their organization while 92 percent of Office 365 users have security concerns.