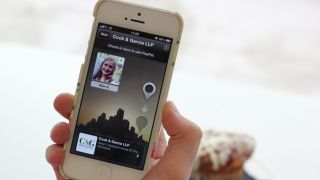 Note: Our mobile retailing article has been fully updated. This feature was first published in December 2013.

2015 is a tipping point for retailers and their customers. Where the internet has reigned supreme, with e-commerce transforming the retail environment, the rise of the smartphone will eclipse the massive success of e-commerce as m-commerce becomes the preferred way to shop.

With the love affair with apps showing no signs of diminishing, how can your business ensure it is ready to take advantage of a market that RetailMeNot estimates is worth nearly £15 billion (around $23 billion, AU$31 billion) in 2015 alone?

"Mobile is now the driving force behind e-commerce growth, accounting for more than one in four pounds spent online in the UK this year," says Giulio Montemagno, senior vice president of International at RetailMeNot.

"However the true impact of mobile on retail is much greater than this. Our research suggests that mobile is becoming a 'shopping companion' for many Brits. Almost three-quarters of mobile users regularly visit retailer's websites to browse or make purchases, with some retailers seeing as many as one in two visits to their websites come through mobile."

In its report into mobile commerce, RSR concluded: "Just as they did with early attempts to sell their products on social media, retailers are learning that the mobile space is more about consumers arming themselves with valuable content that helps them to make the best choices to suit their lifestyle needs than it is about transacting (although consumers may choose to do that too).

"For consumers, mobile isn't a destination like a store or an e-commerce site. Instead it's both a way for them to express themselves and to become more independent. The challenge for retailers now is in how to participate in such a world in a way that helps build loyalty to the brand without being intrusive."

For businesses, understanding who is using their mobile to buy and what they want to purchase are the twin pillars that support the burgeoning mobile retail marketplace.

According to research from Barclays, m-commerce sales are highest across entertainment and books, where mobile devices account for 17.1% of sales – and over half of mobile shoppers (57%) browse or research products at least once a week using mobile devices, and 25% purchase goods.

Consumers want to use their phones to shop – it's as simple as that. However, retailers are being slow to move their e-commerce offerings to mobile. Simply having a responsive website isn't enough, as consumers increasingly would rather use an app to make purchases and not visit a mobile website, as the latter invariably doesn't have a particularly user-friendly design.