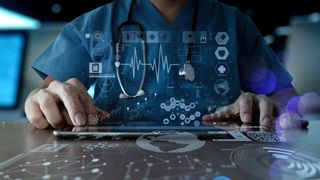 A new report estimates that the global cybersecurity market will be worth $143 billion in the year 2021, and that this major growth will be driven in part by the need for better security for vital connected medical devices.

Analytics firm GlobalData notes that the cybersecurity market was worth $114 billion in 2017, so its inflation in value to $143 billion in 2021 would represent a 25% increase over that four year period.

The security needs of the healthcare sector will be a strong driver, GlobalData argues, due to worrying vulnerabilities like the recently uncovered potential Urgent/11 exploits that might affect healthcare devices (and all sorts of other connected hardware for that matter).

Of course, any possible attacks against critical medical devices – and things like hospital infusion pumps which were open to Urgent/11 exploitation – are a truly worrying prospect, because unlike typical hacking or malware infections, it’s not just your bank balance that might be threatened, but conceivably your life.

The FDA and Department of Homeland Security warned over Urgent/11, such is the level of seriousness here, and Rose Joachim, Senior Immunology Analyst at GlobalData, commented: “Although the FDA assured the public that there have not yet been any reported attacks, the breadth of devices put at risk by these vulnerabilities and the extreme level to which the vulnerable systems could be manipulated is staggering.”

Although in the case of Urgent/11 with the aforementioned infusion pump, even if an exploit was successfully leveraged, it wouldn’t be possible to interrupt an infusion which was underway. A hacker could force the medical professional using the pump to reboot it before a new infusion could be started, though.

Joachim added: “Luckily, it appears the Urgent/11 vulnerabilities were identified before any great harm could be done. Many parties have already begun to identify risks and implement remedial solutions such as software patches.

“However, it cannot be ignored that these large-scale software issues are occurring more and more frequently, highlighting the vital importance of cybersecurity products and services in protecting the more connected healthcare systems of the future.”

Cyber-attackers of the future could potentially pull off all manner of nastiness such as taking control of patient monitors in hospitals and recording data related to that patient, or even faking a flat-line on the monitor.