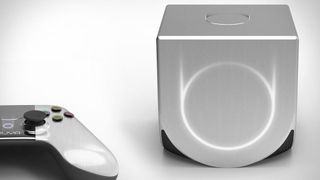 Congrats to Ouya which has received another $15 million in new investment, but commiserations to anyone hoping to buy a console as it means you have another three weeks to wait.

The official launch date of the console had been set for June 4 but the company has now pushed that back to June 25 to allow it to meet demand.

The good news is that anyone who backed the Kickstarter campaign or pre-ordered through Ouya's website will still be receiving their pre-ordered consoles before the end of May.

The crowd-funded Android console makers took to its blog to announce that a new round of private funding raised $15 million (around £9.6 million or AU$14,665,620).

The money has come by way of a number of companies, including Kleiner Perkins Caufield and Byers which originally backed EA back in the day, and Nvidia.

Writing on the Ouya blog, CEO and founder Julie Uhrman explained that the fresh cash will be used to "make Ouya everything it can be" by increasing production and offering greater support to game devs.