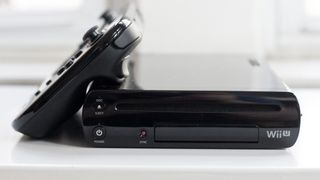 The Wii U's lack of horsepower has been a talking point since its very first reveal and there's more bad news following a tweet from one of EA's Dice developers.

According to Johan Andersson, technical director of EA Dice's Frostbite project, they tested the current Frostbite 2 engine on Nintendo's home console but found that the results were "not too promising".

Andersson clarified that Frostbite 3 has never been running on Wii U, despite what one replier said, and that EA was not going to "go down that path".

Many of EA's next-gen titles will be running on the Frostbite 3 engine, suggesting that Nintendo's console will miss out on a hoarde of big future titles.

As EA also just bagged the rights to all core Star Wars games, this could be particularly damaging for Nintendo, which has a good history with LucasArts titles.

As to how harmonious the relationship between Nintendo and EA has been, that's the subject of some debate. But either way, it looks as if Nintendo needs to have a serious think about its Wii U strategy as next-gen war begins to heat up.

We've asked Nintendo to respond to this comment so hold tight, folks.