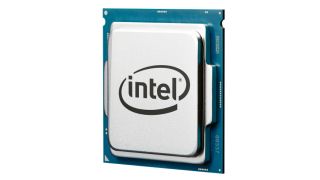 Intel has launched new sixth-generation Intel Core vPro processors which the company claims will transform business computing and boost user productivity considerably – not to mention making some important improvements on the security front.

The new vPro line will nestle in a range of business devices running the usual gamut of desktop PCs, all-in-ones, Ultrabooks and 2-in-1s, and Intel claims major gains when compared to a five-year-old system.

We are talking up to 2.5 times the system performance, triple the battery life, and a 30-fold increase in graphics performance when put head-to-head with a five-year-old machine in a range of benchmarks run by Intel (including SYSmark and 3DMark).

As for bolstered security, the company has introduced a measure called Intel Authenticate, a multifactor authentication solution. This offers three factors of verification – namely something you know (like a personal ID number), something you have (like a smartphone) and something you are (such as a fingerprint).

In other words, to login you'll need a password, a device, and biometric authentication. Intel Authenticate is compatible with Windows 7 and upwards.

Tom Garrison, vice president and general manager for the Intel Business Client division, commented: "By also adding enhanced security capabilities in the hardware, Intel has helped to make these newest PCs an integral part of a business's overall security solution, making users more secure and productive than ever before."

Finally, Intel Small Business Advantage (or SBA) is on board as a simple and centralised way in which small businesses can share data and collaborate, with automatic security and maintenance updates. It offers file sharing, chat, and security features too.

Acer, Asus, Fujitsu, HP, Panasonic, Toshiba, Lenovo and Dell are all pushing out enterprise-ready hardware with the new CPU under the bonnet, according to Intel.