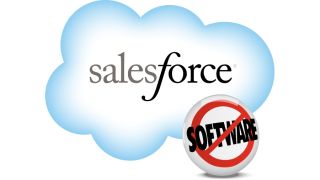 Twenty-five years ago, Sir Tim Berners-Lee wrote the initial proposal for what would become the world wide web, an invention that would go on to transform how we communicate, work and live.

A decade later in March of 1999, salesforce.com became the first company to deliver business applications from a 'normal' website, ushering in the era of cloud computing.

We caught up with Steve Garnett, EMEA chairman, to discuss how the technology has developed over the past fifteen years, the innovation it has driven within the UK, and what lies in the future of the cloud.

TechRadar Pro: What are the key cloud landmarks of the past fifteen years that have fuelled its success?

Steve Garnett: As UK PM David Cameron recently commented, we're now living in a 'world on fast forward' in terms of technological change, and the last decade alone has seen several important landmarks in the evolution of the cloud.

In the mid-nineties, the first wave of truly cloud-based businesses, including Amazon and eBay, started to seriously challenge the status quo of the retail sector, with lasting and permanent consequences for commerce.

Facebook's launch in 2004 served as the catalyst that turned brands' focus onto social media platforms and taught us new ways to communicate and collaborate through features like feeds, profiles and groups.

And the introduction of Apple's first iPhone in 2007 kicked-started the smartphone era, providing mobile and instantaneous access to information from any location.

These developments have led to the tremendous growth of the app economy which has been so key to the proliferation of cloud applications.

I think we will continue to see significant growth in the development of enterprise apps, as the business world increasingly looks to take advantage of mobile apps designed to increase productivity in the workplace and drive better customer service.

TRP: Where is cloud headed in the next fifteen years?

SG: Considering the pace of change in recent years, it's not easy to predict where the cloud will be in another fifteen. But what is evident is that the explosion in mobile device adoption and the birth of the ever-connected customer has up-levelled customer expectations – regardless of the platform, device or location, people expect personalised relationships with brands, and cloud technology is helping to achieve this.

The central challenge being addressed is the need for a single view of the customer, as audiences fragment and people continue to adopt an ever-expanding range of devices.

Cisco predicts that the average consumer will own five internet-enabled devices by 2017, a trend further highlighted by the fact that the 2013 Christmas period saw a 140 per cent jump in online shopping via mobile.

The cloud helped to drive this development and is now enabling connectivity beyond mobiles, turning everyday objects into smart objects – and this is the next frontier for cloud technology.

But it's important to remember that behind every device, every app and every product there is a customer. Customer relationship management has never been more important than it is today. At salesforce.com we think about the Internet of Customers—where every company can connect every app, employee, partner, product and device with its customers using the power of social, mobile and cloud.

TRP: How has the cloud transformed UK business?

SG: In simple terms it has levelled the playing field – the cloud provides small businesses with access to the same technology as large enterprise organisations, where previously limitations on cost and manpower restricted them.

But what's more impressive is that there are businesses that exist today that are founded on the cloud and so not only is their success intrinsically linked to it, but they also may not have been able to even function without it.