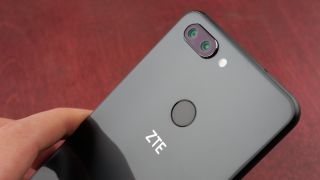 The past seven days have been fairly dramatic for Chinese smartphone and telecom equipment manufacturer ZTE, which has had to content with two separate incidents on either side of the Atlantic.

In the UK, the National Cyber Security Centre (NCSC) sent a letter to British telcos warning them not to use ZTE networking equipment on national security grounds, while the US has banned American firms from selling products and services to the company for seven years.

On the face of it, both are pretty serious situations. But in reality very little changes for the company in the UK, whereas the US ruling could put ZTE’s future in jeopardy.

The US ruling, which came after ZTE breached an agreement reached after it was found to be selling US tech to Iran. Essentially, the US’s grievance is that several employees involved in this breach were not reprimanded in a timely manner.

ZTE has said that it has learned significant lessons since the incident and established a compliance committee of experts, new monitoring procedures at a cost of more than $50 million, with more investments to be made in 2018. It is upset that this progress has not been taken into account and that the US ruling has come before an external investigation has been completed.

It is estimated that the company sources up to 30 percent of its components from the US, including chips from Qualcomm, while there is speculation that this may impact ZTE’s ability to use Google software including Android. Needless to say, that could be catastrophic for firm’s ambitions but ZTE has argued it could impact its US suppliers too.

“The Denial Order will not only severely impact the survival and development of ZTE, but will also cause damages to all partners of ZTE including a large number of U.S. companies,” claimed ZTE in a statement.

The dispute comes at a time of heightened trade tensions between the US and China which cannot be ignored, but its possible the dispute will be resolved either amicably or through the courts.

“In any case, ZTE will not give up its efforts to resolve the issue through communication, and we are also determined, if necessary, to take judicial measures to protect the legal rights and interests of our Company, our employees and our shareholders, and to fulfill obligations and take responsibilities to our global customers, end-users, partners and suppliers,” added the company.

The rhetoric and the seriousness of this situation means it is a far more pressing concern than the NCSC’s letter, which ZTE has yet to comment on.

Just a case of bad PR in the UK?

The agency’s letter said the main reason UK telcos shouldn’t use equipment from ZTE is that it could impact a specialist GCHQ unit’s ability to monitor Huawei equipment against potential interference from the Chinese government.

Long-standing speculation about the closeness of Huawei and the Chinese government, as well as new laws that could allow it to influence individuals and companies in China, have led to many governments – most notably the US – restricting Huawei’s access to their markets.

However this is not the case in the UK, where Huawei has invested billions of pounds with the government’s support and is a key supplier for several broadband and mobile providers. The NCSC’s logic suggests that the concerns about ZTE aren’t any greater, just that it can only have one of the two and Huawei is already firmly established in the UK.

But it's also a little bit academic as ZTE has almost no major interests in the UK, with its most high-profile partnership being an R&D agreement with BT, which is nonplussed.

“We note the guidance issued by the NCSC with regards to the supply of ZTE equipment to the UK telecommunications sector,” a spokesperson told TechRadar Pro.

“ZTE is just one of many research partners with which BT is engaged around a number of joint projects. Such projects focus on the future uses of networks and technologies and do not necessarily result in the commercial deployment of the research partner’s kit in our network.

“BT takes the security of the UK’s critical national infrastructure very seriously and has a robust testing regime in place to ensure that the equipment from all suppliers used in our network remains secure.”

While it’s noteworthy that the NCSC is actively warning UK firms in a way it hasn’t done with other manufacturers the reality is that the more sensationalist headlines aren’t really warranted this instance. It’s also worth noting that ZTE works with telcos in other countries and with Jersey Telecom (JT) closer to home without any problems.

ZTE’s interests in the UK are largely unchanged and at worst, this is a bit of bad PR. For now, it has bigger problems on its plate.