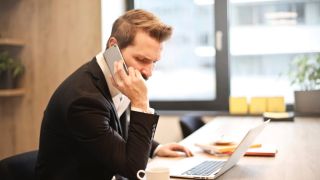 Avaya has launched OneCloud ReadyNow, a cloud-hosted VoIP platform specifically aimed at enterprises, as the company continues to struggle with debt and a plummeting share price.

The service launch appears to be part of an overall attempt to simplify Avaya's business service range, with previous unified communications (UC) and contact center (CC) services now being sold under the new Avaya OneCloud brand.

This new brand platform aims to provide very scaleable VoIP and UC solutions for businesses of all sizes using public clouds, leveraging Avaya's expertise and experience in these areas.

However, enterprise companies - arguably Avaya's main target customer base - will often be running their own private and hybrid clouds, so Avaya has needed to adapt its OneCloud provision to accommodate this.

The result is a service where Avaya can offer to provide a custom installation into an existing cloud using on-premises equipment, or host the service from one of its own datacenters.

This way Avaya can continue to deliver on Unified Communications as a Service (UCaaS) and Contact Center as a Service (CCaaS) to prospective new enterprise clients.

The change comes at a time when Avaya is still reeling from the same debt problems that forced it into bankruptcy less than two years ago. While Avaya did manage to restructure almost $3 billion in debt, this has continued to be a weight upon the company's shoulders.

Already this year we've seen rumors of Avaya trying to sell itself to private equity partners, as well as failed talks with Mitel earlier in the year about combining both companies. At present rumors suggest that Avaya may attempt a strategic partnership or even acquisition of RingCentral, which has already proven a success with conferencing services for small and medium-sized businesses.

While talks are reported to be at "advanced stage" with "multiple partners", Avaya still continues to struggle to sell itself to the biggest companies where Cisco and Microsoft already hold a firm grasp there.

While simplifying services and targeting OneCloud ReadyNow may help with that, the saga behind the scenes may end up getting more attention in the short-term. In the meantime, Avaya's share price is now at an historic low, trading at less that $10 per share.