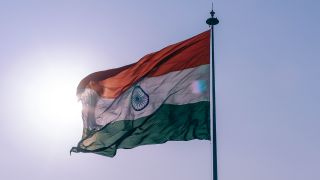 The introduction of new e-commerce rules in India has led to widespread disruption on Amazon's local site which was forced to take down its grocery service as well as remove a number of products such as sunglasses and floor cleaners from its store.

India's new regulations went into effect at midnight on Thursday and the US e-commerce giant began removing products a few hours ahead of the deadline.

Back in December, the country changed its foreign direct investment rules for its growing e-commerce sector and the move has drawn fire from Amazon as well as Walmart as the companies look to expand their online presences in India.

The new e-commerce investment rules prohibit online retailers from selling products from vendors in which they have an equity interest and making deals with sellers to sell exclusively on a platform is no longer allowed as well.

In addition to the removal of products sold by Amazon vendors like Cloudtail, the company's grocery service, Amazon Pantry, was also discontinued sparking outrage from customers that rely on the site for grocery delivery.

Amazon has even forecasted first quarter sales below Wall Street estimates as a direct result of growing uncertainty in India which the company sees as one of its key growth markets.

India's new e-commerce policy was announced after small traders in the country complained that e-commerce giants were creating an unfair marketplace by exercising their control over inventory from affiliated vendors. Amazon and Walmart both unsuccessfully lobbied against the country's new rules and even pushed for their implementation to be delayed.

The future of India's e-commerce market is in doubt and at this time it is still unclear as to whether the new rules are here to stay. If so, Amazon, Walmart and other foreign businesses looking to expand in the country will have to change their business structures in order to be in compliance with the new rules.