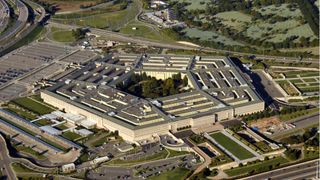 Microsoft’s $10 billion contract to modernise the cloud computing systems at the Pentagon has been put on hold after a federal judge ruled in favour of an appeal from competitor Amazon.

Amazon asked the court to pause the Joint Enterprise Defense Infrastructure (JEDI) project until an investigation into the procurement process has been conducted.

JEDI was awarded to Microsoft in October after a fierce bidding war saw the world’s leading technology firms pitted against each other, with Amazon Web Services losing out in the final bid.

However, Amazon believes the decision was made as a direct result of pressure applied by US President Donald Trump, and that the process was therefore neither fair nor impartial.

The JEDI contract is designed to facilitate a significant upgrade to the Pentagon’s IT operations and computing capabilities, and Amazon was initially seen as the favourite to win the deal.

After it was confirmed JEDI had been awarded to Microsoft, the US Department of Defence said: “All [offers] were treated fairly and evaluated consistently with the solicitation’s stated evaluation criteria.”

However, Amazon ardently disputes this claim, citing “deficiencies, errors and unmistakable bias”. The company filed a notice in the US Court of Federal Claims in November, indicating it planned to protest the Pentagon’s decision to award Microsoft the contract.

“President Trump has repeatedly demonstrated his willingness to use his position as President and Commander in Chief to interfere with government functions - including federal procurements - to advance his personal agenda,” said an AWS spokesperson.

The decision to hit pause on JEDI has understandably caused frustration among the ranks at Microsoft.

Frank Shaw, the company’s Corporate Vice President of Communications, said in a statement: “While we are disappointed with the additional delay, we believe that we will ultimately be able to move forward with the work to make sure those who serve our country can access the new technology they urgently require.”

“We have confidence in the Department of Defence, and we believe the facts will show they ran a detailed, thorough and fair process,” he added.

Amazon has until February 20 to gather the $42 million required to cover costs and damages in the event the injunction is found to have been wrongfully issued.