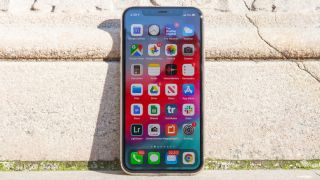 Apple is reportedly set to double its contribution to a rescue plan for one of its major display suppliers following the withdrawal of a Chinese investment firm.

Japan Display provides LCD screens for most major iPhone models, including the iPhone 11, but financial difficulties had led it to search for fresh funding.

Chinese fund Harvest had been set to provide more than half of the 80 billion yen (£602 million required) but pulled out earlier this week. Apple itself had been expected to invest $100 million (£81m).

Japan Display has now been forced to look for new sources of funding and reportedly said it was expecting to receive $200 million (£162m) from one of its customers.

This appears to be a thinly-veiled reference to Apple given the existing relationship between the two firms that fact that the Cupertino-based company was part of the original bailout proposal.

As much as 60 per cent of Japan Display’s revenue comes from Apple, making the former a major part of the iPhone supply chain. However, ironically, one of the causes of Japan Display’s issues has been a failure to diversify its customer base.

Another reason is its inability to mass produce the OLED screens used in the iPhone 11 Pro. These OLED displays are relatively expensive, contributing to the high cost of the device, with Apple currently sourcing these components from Samsung.

The Wall Street Journal says Japan Display hopes to be able to manufacture OLED displays for Apple in the next few years, while also providing a steady supply of LCDs for the company’s mid-range handsets.

Apple has made several moves to improve its supply chain in recent years, while it has also started designing more of its components itself in recent years in order to gain more control over cost, development and timelines. This allows the firm to differentiate against Android manufacturers who source from a pool of suppliers.