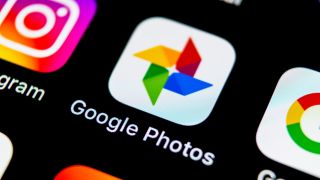 Google has begun notifying some users that videos stored in their Google Photos accounts were accidentally shared with others as the result of a bug in another one of the company's services.

The search giant recently began sending out email notifications to users in which it explained that a bug had led to their videos being included in other user's data when downloaded through the company's Google Takeout service.

In a statement to 9to5Google, a Google spokesperson provided further insight on the incident, saying:

“We are notifying people about a bug that may have affected users who used Google Takeout to export their Google Photos content between November 21 and November 25. These users may have received either an incomplete archive, or videos — not photos — that were not theirs. We fixed the underlying issue and have conducted an in-depth analysis to help prevent this from ever happening again. We are very sorry this happened.”

Google Takeout allows users to download their data from Google apps for backup purposes or to use with other services. The service can retrieve content from Google Photos, Drive, Hangouts, YouTube and many other Google products.

Before the company fixed the bug, some users who downloaded their data using Google Takeout may have received other people's videos in their Google Photos data archive.

Google recommends that any users who received videos that aren't theirs, should just delete them.

While convenient, storing your private data in the cloud does come with some risks and this bug illustrates how your private information can be exposed without your knowledge.