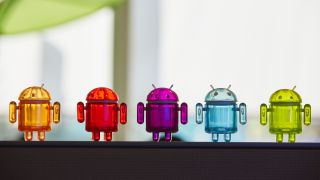 Google applications such as Maps and Gmail will not come pre-installed on Android smartphones sold in Turkey following an antitrust ruling in the country.

The Turkish regulator has fined Google 93 million lira (£12m) for failing to offer consumers a choice of search engine following a complaint from Russian rival Yandex.

Google was given time to alter its practices but despite offering some concessions, authorities deemed them to be insufficient and imposed the penalty.

The company has 60 days to appeal the ruling but has told Turkish partners it will be unable to issue new licences for its applications in the meantime.

Existing handsets are unaffected, and the company has said it is working to overturn the decision.

“We’ve informed our business partners that we will not be able to work with them on new Android phones to be released for the Turkish market,” a Google spokesperson is quoted as saying.

Google is no stranger to antitrust action, with its dominance of the search market and its commanding position in the smartphone operating system sector attracting the interest of regulators around the world.