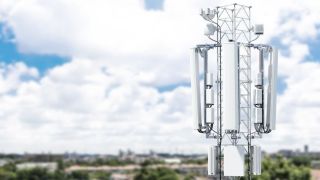 For all of the challenges associated with the rollout of 5G networks - spectrum availability, planning regulations, and security concerns to name but a couple - few could have predicted the spectre of fakes news would be a hot topic at the Huawei Mobile Broadband Forum in Zurich last month.

Earlier this year, Swiss operator Sunrise launched one of the world’s first 5G network – a feat that has since been matched by rival Swisscom.

However a fake news story was circulating around the country, one which raised concerns about the health impacts on 5G signals on the general population.

“We were struggling with reports that 5G was killing birds in Holland,” said Sunrise CEO Olaf Swantee, himself a Dutch native. “There wasn’t a single 5G antenna in the entire country but this news became big in Switzerland around the world.”

Swantee likened those spreading rumours about the effects of 5G signals to ‘Flat Earthers’ who reject the accepted and scientifically accurate fact that the world is in fact round. But conspiracy theorists are continuing to spread myths.

The South West of England is rapidly becoming a hotbed for such activity. In 2017, EE built permanent 4G sites in Glastonbury to help support the temporary infrastructure it installs each year the eponymous festival is held. Earlier this year, 5G was deployed for the first time. All of these development provide benefits to villagers.

However a series of petitions were created opposing the moves, arguing that 5G frequencies were harmful to residents. Speculative claims include the electromagnetic characteristics of 5G cause cancer, dementia, infertility and autism, but none of these are not supported by academic studies.

Unfortunately, Glastonbury Council opposed the rollout of 5G in the village until further information has been obtained. Councillors in nearby Frome have followed suit, as have their counterparts in Totnes in Devon. Elsewhere in the country, campaigners are making similar claims – again without providing specific evidence. There have also been protests in the US and Australia.

Central to campaigners argument is that 5G networks will use higher band frequencies (such as millimetre wave) and that new networks require more access points, such as small cells. However experts say the entire body of research available refute these claims. Campaigners reject the assertion by Public Health England (PHE) that 5G poses no threat to the public.

Indeed, vendors even argue that because 5G is more efficient at how it uses spectrum, it can achieve more with the same electromagnetic radiation. Meanwhile UK operators are not using mmWave and even if and when they do, it will be deployed will be in the busiest parts of the network – far away from rural Somerset.

The irony is that those seeking to block the rollout of 5G in rural areas are among those to benefit the most from next generation networks, providing gigabit speeds and increased reliability.

In the UK, it is reported that the government has told councils that health concerns are unfounded and not a legitimate reason to reject planning applications. There are also plans to meet with regulator Ofcom and experts to communicate the evidence to the wider public.

The situation is reminiscent of the pushback against mobile masts in the 2000s, with campaigners arguing against the construction of sites near schools or playgrounds. Others complained that mobile masts were unsightly. However nearly a decade later, the main grievances were about signal quality – possibly because operators were limited in terms of mast height and location.

The mood was captured perfectly by a 2008 episode of the sitcom Gavin & Stacey, in which one character (Pam, mother of Gavin) joins a protest against the erection of a phone mast in a nearby field. When asked how the protestors will communicate the arrival of construction workers, she replies “by text”.

Then, without a hint of irony, she laments the poor mobile coverage in her town which means the intended recipient may not get her message: “We are the lucky ones cos Roy and Catherine only get reception in the bathroom! Ridiculous.”

Perhaps the most ridiculous example of this era is the fact that Orange and T-Mobile were obligated to plant trees to hide mobile sites at the turn of the century. By 2015, network quality was being impacted because no one foresaw that the growth of these trees would block antennas.

No one is suggesting that research into the impact of 5G on the population shouldn’t continue and that the status quo should be maintained forever.

But the evidence simply isn’t present to justify to stop the rollout. The UK was behind the curve when it came to 4G but is one of the leaders of the pack when it comes to 5G. Societal and economic benefits would be forfeited if rollout was to be impeded.