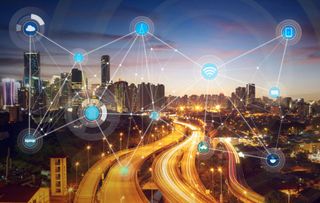 In 2017, the UK Government announced its commitment to ban the sale of petrol and diesel vehicles by 2040 with an objective to achieve zero vehicle emissions. The Times recently reported that this ban could actually be brought forward by 5 years to accelerate the change. This has been the catalyst for a massive shift towards electric cars and will likely feed into the roll out of autonomous vehicles.

The trend is apparent already. While car sales in the UK dropped by an annual 1.6% in August 2019, there was a 377.5% increase in registrations of electric vehicle batteries, according to the car industry body, SMMT. Tesla Model 3 was the UK's third most popular car choice in August 2019. Statistics also indicated that there could be as many as 36 million electric vehicles on UK roads by 2040.

Is the UK doing enough to keep pace with this growth?

The good news is that there has been considerable progress towards building a robust grid that is designed to support the impending demand. The Mirror reports that there are now more electric vehicle charging points (9,300) than fuel stations (8,400) in UK.

Currently, almost 40 charging networks are available in Britain. A group of electric vehicle charging providers have announced a single subscription plan for their customers that will allow users to use the chargers without having to sign up to each network individually. This will free users from managing multiple accounts and mean that they do not have to go in search of a charger that belongs to a particular network that they have subscribed to.

However, these efforts may still be inadequate in the face of demand that is expected to grow at an exponential rate. To modernize the grid there needs to be a considerable technology push.

Here are a few things that must be done in order to effectively modernize the grid:

An electrical network can be very complex and data can help to visualize the grid. Meter data stored in customer support systems, along with circuit and asset information stored in distribution or transmission systems, can build an accurate grid connectivity model. Modern data models and systems can be used to envision the potential future need. The ability to forecast load, at a given node, over a period of time, in order to develop response solutions, is a key application of grid modernization.

To get this forecast right, one requires significant amounts of historical load data that might not always be available. So, identifying the gaps and accounting for them is an important part of the process. For instance, logical aggregation of Advanced Metering Infrastructure data can serve as a substitute for missing Supervisory Control and Data Acquisition data in certain cases.

Also, data quality issues that were previously not known, can come to light when data is used in new ways. A comprehensive data quality program should be put in place to address the issues.

Modernize the infrastructure itself

With growing regulatory emphasis on renewables, there is an immediate need to modernize infrastructure flow. The current electric grid simply wasn’t designed to manage the complexity of distributed energy resources; but a modernized grid can enable this.

Also, allowing for bi-direction power flow is a priority in order to improve price competitiveness. With connected devices becoming more commonplace, the grid needs to be IoT enabled.

Modern grids are less susceptible to wildfires and other safety hazards. In addition, they have the capability to conduct self-assessments and heal themselves in the event of any apparent issues.

The UK is poised to lead the market

The UK, and Europe in general, is well placed to make the leap to electric vehicles because utilities is a deregulated industry in this part of the world. Also, consumer awareness about global warming and ecological imbalances caused by carbon-based fuels is extremely prevalent in the UK. In addition, supportive regulations provide a much needed push for consumers and business alike.

If the UK can indeed lead the way in solving the infrastructure modernization challenge in order to meet the increasing electric vehicle demand, the rest of the world will find it easier to follow the path to a greener transport network and the utilities industry will discover new revenue streams and recover investments faster.