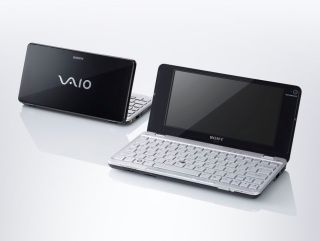 Despite the welter of products that have arrived this week, CES has only just launched – and despite suggestions that the crunch has hit consumer electronics there was more than enough to fascinate.

Historically one of the most important parts of CES has been the Bill Gates Microsoft keynote – but with dear old William enjoying his retirement and making adverts this year it was Steve Ballmer that made the address.

And our men on the floor where more than a little impressed with the volatile CEO, who announced to the world that a beta version of Windows 7 would be publicly available by Friday and then talked a lot of sense about the convergent worlds of mobile, television and the PC.

On the product front, it was TVs to the fore; LG debuted a HDTV with wireless HDMI, Sharp insisted that it was LCD and not OLED that was the future and the Samsung Luxia range was given its first airing.

Last but not least in tellies, Toshiba announced a Cell TV that uses similar tech to the PS3 and also showed off some kit that takes advantage of Intel's TV over internet.

Netgear kept TechRadar amused with the world's largest HD video jukebox, but Sony's P series netbooks were perhaps the belle of the ball.

Although the 8in powerhouses have been teased, leaked and trailed the stylish Vista enabled little chunks of tech went down a storm.

Sony also showed off its latest Sony eBook Reader – with a backlit screen and a touchscreen Walkman that looks pretty nifty.

Cameras were also thick on the ground, with Kodak showing off the EasyShare z980 and a range of new M-series compacts, Casio declaring it has produced the world's fastest compact camera and Olympus touting the world's best optical zoom and its own new slightly cheaper range.