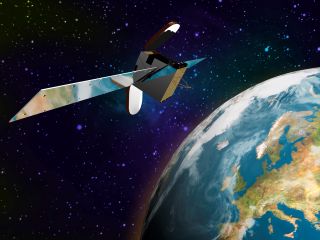 It's sat nav systems all round as China joins the US, Russia and the EU in promising its very own global satellite navigation system, called COMPASS, will go live by 2015.

Zhang Xiaojin, Director of Astronautics with China Aerospace Science and Technology, said: "The system will shake off the dependence on foreign systems".

The end of GPS?

Like most of the world, China relies on the US military's Global Positioning System (GPS) for location-based services such as in-car sat navs and mobile phones - a system that could theoretically be disabled without warning at the command of the Pentagon.

Following the launch of China's fifth Baidou satellite in April 2007, the system will now be 'upgraded' to a 'second generation' network, codenamed COMPASS.

China isn't the only country seeking navigational independence from the USA. Europe's ultra-accurate Galileo network should be up and running (and free to use) by 2013, while India is helping Russia revamp its Cold War GLONASS network this year.