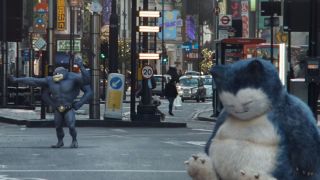 You're likely no stranger to having Pokémon on your phone after the success of Pokémon Go in 2016, but now you may be able to have your own collection of pocket monsters influence your sleep too.

Announced at the end of May 2019, Pokémon Sleep is a new app from The Pokémon Company that wants to "turn sleep into entertainment".

We don't know everything about the experience yet, but below you can read through all of the details we know so far about Pokémon Sleep.

What is Pokemon Sleep?

Pokémon Sleep is a mobile app developed by Select Button, in tandem with Niantic
– the creators of the mobile AR game Pokémon Go. It isn't being referred to as a game so much as an app, and we take that to mean this is much closer to a sleep tracking app than a full-blown mobile Pokémon game.

The app's official description describes a few elements that are interesting. It reads, "Pokémon Sleep aims to turn sleeping into entertainment by having a player's time spent sleeping, and the time they wake up, effect the gameplay."

Not much else is known about the app at this stage, and The Pokémon Company has said it will reveal more details about it at a later date.

We can take from its description that the app will track your nightly sleep and give you a score depending on certain sleep targets, such as the duration and regularity of your sleep schedule – but whether we'll be punished or rewarded for sleeping in for a few hours is anyone's guess.

You'll also be able to make use of the Pokémon Go Plus+, the new version of the Plus tracker used in tandem with Pokémon Go. We're told it will now be able to help track your sleep as well as track Pokémon, and send relevant "sleep information to your smartphone via Bluetooth."

⬇️ Pokémon GO Plus + Details ⬇️☀️ Use it as a Pokémon GO Plus during the day.🌙 Put it next to your pillow at night to track your time sleeping.🎮 It sends this sleep information to your smartphone via Bluetooth. #PokemonGOPlusPlusMay 29, 2019

It's currently uncertain if you'll need this device to be able to use the app on your phone. We'd expect that's not the case, but will be sure to update you when we know for sure.

When is Pokemon Sleep out?

We only know that the app will be released at some stage in 2020. The Pokémon Company has yet to share the exact release date for the app, but we're going to have to wait at least six months from its announcement until we're allowed to try it.

It's also uncertain whether you'll have to pay to be able to use Pokémon Sleep. Pokémon Go was free on your phone and featured micro transactions, so the company may go for a similar idea for Pokemon Sleep too.

We also don't currently know what platforms Pokémon Sleep will be coming to. We'd expect it to be iOS and Android, much like the Pokémon Go when it was introduced on mobile devices.