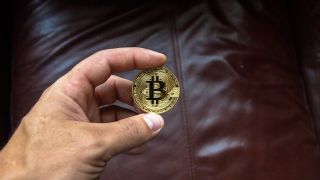 Back on 31 October 2008, when Satoshi Nakamoto described “a new electronic cash system” that’s “fully peer-to-peer, with no trusted third party", sceptics may have been excused for dismissing it as merely fiction – it was Halloween after all.

However, fact is often stranger than fiction, and the payment system he described in Bitcoin: A Peer-to-Peer Electronic Cash System, has certainly proven to be fact.

Fast forward ten years and Bitcoin, the world's first cryptocurrency, has developed into a payments network worth over $100 billion, while also leading to the creation of more than 2,000 other types of cryptocurrency and a global industry of online exchanges, trading apps and digital wallets.

Bitcoin past and present

Since it launched with an estimated price of less than $0.01 per coin, Bitcoin’s value has increased more than a million times in the last decade to its current price of $6,300 per coin. Its radical instability has drawn criticism, and the decentralised nature of cryptocurrency has also bred controversy with cybercriminals using it for illegal activities – for example by multinational hackers WannaCry.

Bitcoin continues to face many challenges to this day, including a lack of regulation, poor consumer experience, security threats, and questions over its scalability. Ultimately, although cryptocurrencies have been popularised, they haven’t yet entered mainstream society. Here in Hong Kong, the securities watchdog just announced a new set of licencing rules and regulations, trying to end its “Wild West” perception.

Bitcoin’s mark on the world has already been profound though and cryptocurrency is a phenomenon that is definitely here to stay. Indeed, the market for cryptocurrency increased by more than 1,200% last year alone. Bitcoin’s greatest achievement to date however, is arguably not its value or its role in popularising cryptocurrency.

In Bitcoin: A Peer-to-Peer Electronic Cash System, Nakamoto explained how a computer network could support a decentralised cryptocurrency by replacing the need for physical banks by using a decades old technology called ‘blockchain’.

Since its discovery in 1991, blockchain had largely remained unused and unexplored. The rise of Bitcoin however meant that the technology quickly developed from an idea, previously only understood and embraced by technology enthusiasts, into something that the majority of big companies are now having to learn about and engage with.

Much like the integration of self-driving vehicles into mainstream society, the adoption of blockchain has so far been slow. However, blockchain has far reaching implications for the world we live in, and we are still only just scratching the surface.

The future of blockchain

The use of blockchain is evolving so quickly that it is difficult to make any solid predictions. Many have tipped it for use across a wide range of needs from storing confidential records, monitoring supply chains, data sharing and preventing voter fraud to tax regulation and equity trading. Importantly, this is relevant to a broad spectrum of industries, from healthcare to high-net worth individual asset management.

It is clear that blockchain will continue to revolutionise payment processes, as economies continue to progress away from cash towards electronic payments. This has critical ramifications for businesses around the world.

In PwC's 2018 global blockchain survey, 84% of the 600 executives from 15 territories said their organisations had at least some involvement with the technology. I support this increase in interest and uptake from boardroom executives. My company, the Global Group, follows the motto “Bridging the new frontiers”, and for me there is no greater tool than technology, and not least blockchain, to overcome the geographic frontiers that separate international businesses.

Developments in blockchain are helping to facilitate transactions and conversations across borders and between cultures. Blockchain is ultimately helping institutions, like banks, to make settlements faster and more practically while reducing human interaction. As such, it is effectively reducing business costs and eliminating the chance of human error. The blockchain space is free of currency constraints, making it a more collaborative environment for innovators to share knowledge and develop ideas.

The benefits of blockchain also include decentralising data, which means quick and easy access to clear and uncompromised records of transactions. This is increasing transparency, which is particularly important when trading internationally between different markets and across different platforms. By removing any confusion, businesses can build stronger and more trusting relationships with overseas buyers and suppliers. Certainly, the advent of blockchain is changing how countries trade with each other and Europe’s relationship with China has put both at the forefront of this shift.

Rather than taking a cautious approach, as we have with autonomous vehicles, for example, businesses should instead realise the great potential of blockchain and embrace what will inevitably revolutionise everyday processes over the next few years.

This can’t simply happen overnight however, and businesses should be prepared for some teething problems. It’s important to remember, though, that, looking at the situation as a whole, the long-term rewards far outweigh the potential short-term risks and costs involved.