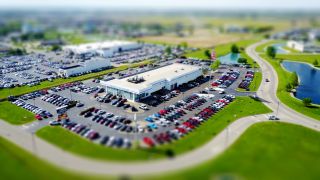 Competition within the automotive industry has accelerated in recent years, with new players coming out of other innovation hotbeds, such as Silicon Valley and Israel, tapping into a budding demand for progressive in-car experiences faster than most automakers can keep up. The impact of the legacy car and its traditional consumer group – the one that focuses on engine performance, brand loyalty, driving dynamics and aesthetics – is shrinking and a new generation of motorists with different priorities is growing in dominance.

While competition can result in engineering masterpieces, meeting this new demand for shared and open mobility, safer roadways, connected vehicles, and user experiences that model what’s found in the home or at the office is going to be an uphill battle without collaboration. This is especially true if our society wants to see the safety benefits of Level 5 autonomous cars on the roadways.

The case for industry-wide automotive standards

Traditional automotive business models are going away, replaced with new and exciting opportunities for selling connected mobility. The way consumers buy, use and interact with vehicles is likely going to change and there will be new network requirements to make all of this connectivity function reliably.

In an age of rapidly changing and hard-to-predict consumer needs, automakers can no longer function in a silo. The investments needed to realize visions such as mass car-sharing or autonomous driving are simply too enormous and impracticable for a single company or a single industry to bring to fruition. This means all market participants – from automakers and tech companies to government road operators - should come together in an alliance to agree on a common foundation.

The development and use of industry standards can also bring a sense of clarity to the various future mobility stakeholders and help create partnerships for advancement. Whether standards are implemented intra-industry, cross-industry or between government and the private sector, a standard is a common vernacular that everyone involved can work from to enable consumer safety and public trust. Doing so is going to be foundational to achieving widespread adoption of advanced vehicle tech.

Where standards are needed most

In the same vein that the internal combustion engine has been the agreed-upon standard of propulsion for the past century, these ideas of a safer and smarter road network will need a standard solution for transferring data. To some, this should be dedicated short-range communications (DSRC) and its European counterpart ITS-G5. Already in practice today on a small scale, such as electronic tolling, these Wi-Fi solutions could be supplemented or replaced by cellular-based communication infrastructure otherwise known as 5G.

5G-fueled cellular vehicle-to-everything (C-V2X) technology provides data rates up to 20 Gbps and ultra-reliable, low latency communications with only 1 ms delays, making it suitable for the vast data transfer needs of a connected car. While it will take more work to establish a 5G network for cars rather than the already established Wi-Fi systems, the capabilities of 5G are too great to ignore, meaning a coalition of various industry players – from telecommunications providers and state DOTs to automakers and tech suppliers – need to come together to agree upon a network system that compliments rather than competes.

Because automakers will need to start embracing digital interactions more by adopting techniques from tech suppliers typically more associated with consumer electronics than automotive components, cross-industry collaboration to agree upon a single network standard is going to be critical to realize the potential of the connected car.