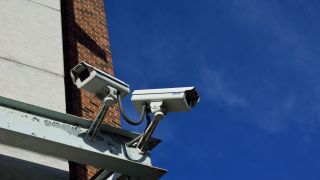 Cameras equipped with AI software used to detect the likelihood of crime will soon be installed in the South Korean capital of Seoul.

The Seocho District of Seoul and the Electronics Telecommunications Research Institute (ERTI) have revealed their plans to install 3,000 cameras in the district by July.

The cameras will utilize AI software to process the location, time and behavior patterns of citizens in an effort to measure the likelihood of a crime taking place.

The software itself is quite sophisticated and it will be able to detect whether passersby are wearing hats, masks or glasses as well as what they are carrying with them such as bags or dangerous objects which could be used to commit a crime.

The cameras will use the information they gather to help deduce the probability that a crime will take place. If their analysis exceeds a certain rate, the cameras will alert the district office and nearby police stations that will send law enforcement personnel to the location.

Seocho and ETRI are also planning to analyze 20,000 court sentencing documents as well as crime footage to train the AI software on crime patterns. The cameras will even be able to compare whether what is currently being filmed matches past crime patterns.

According to the national research institute, the AI software is still in development though a finished version is expected to be complete by 2020. In the future, additional cameras will be installed in other districts in Seoul as well as in other provinces in South Korea.