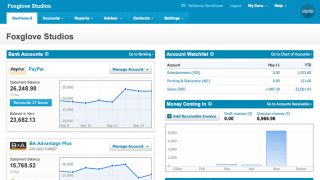 Accountancy software firm Xero has appointed three new people to its board and management team. The move follows the company's successful fundraising of US$150 million in October last year.

The role of Board Chairman has been given to Chris Liddell, the former Vice Chairman and CFO of General Motors. He also previously worked at Microsoft, where he held Senior Vice President and CFO roles.

Lidell replaces the outgoing Sam Knowles who help to guide Xero through a period of rapid global expansion.

"His experience ensured we put in place the right foundations, systems and processes that enabled us to scale, while retaining our nimbleness and culture," said Rod Drury founder and CEO of Xero. "We thank him for his enormous contribution and leadership."

Bill Veghte, who heads up HP's Enterprise Group as Executive Vice President and General Manager, will take up a non-executive director role. Peter Karpas, formerly of PayPal and Microsoft, is the firm's new CEO for North America.

"As you would expect from a fast expanding software company, our strategy is to increase US representation on our board," said Drury. "These three high-calibre appointments are all significant additions to our American­-based leadership team and position us strongly in the US and globally. Adding their combined experience and capabilities will help us become the global leader in small business financial software."