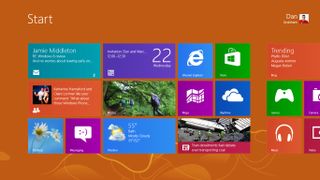 You won't need Microsoft Points to buy stuff in Windows 8

Much to the delight of Xbox 360 gamers everywhere, Microsoft has decided that it won't be requiring Windows 8 users to purchase apps using its Microsoft Points system, instead offering credit cards as the default payment system.

While early builds of Windows 8 all required Microsoft Points to purchase or rent videos, the most recent release has shifted the default payment method for digital content through the operating system to credit card.

Microsoft Points - which have been the traditional payment method for digital content via the Xbox 360 console since its launch - requires customers to prepay for a collection of points, which are then in turn used to purchase content.

The Points system of paying for content has long been regarded with disapproval from gamers, who are required to spend more money than the piece of content they want actually costs in order to have enough points for the purchase.

It also created confusion around the actual value of the content being purchased, especially given Microsoft Points were valued differently around the world.

The end of Microsoft Points?

While Microsoft Points will still be a payment option in Windows 8, the default has been switched to credit cards, allowing customers to know exact amount they are spending.

But the shift away from the Points system at the 11th hour of the Windows 8 release schedule has some pundits wondering if it will herald a demise in the payment method. Especially given the rumour mill had Microsoft getting rid of the system earlier this year.

As yet, Microsoft hasn't commented on the shift to real currency or whether or not the Xbox console might see a similar shift away from Points. If it does, it will surely be a change welcomed by gamers everywhere.